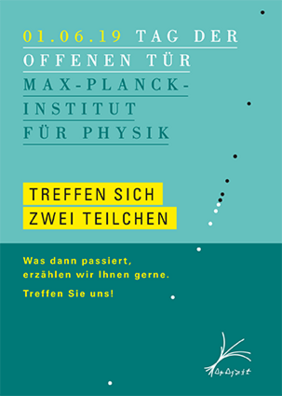 Scientists will be explaining the exciting topics in particle physics that they are exploring on the basis of experiments, demos and films. There will also be a ‘Build your own particle detector’ Lego competition, the ‘Particle Party in the Universe’ painting competition for children and a particle hunt across the Institute.

Researchers will be presenting the projects they are currently working on in the program of lectures. And anyone who wants to know how large experiments in physics are planned and built should definitely stop by the Institute’s mechanics and electronics workshops.

The highlights in the program:

How can dark matter be detected – and why does it only work at extremely low temperatures?
The neutrino is the lightest particle we are aware of. Scientists want to find out how heavy it really is – and present a game to show how the ‘neutrino scales’ work.
Physicists are using the Belle II detector in Japan to explore the mystery of vanished antimatter. Visitors can use VR goggles to gain a realistic impression of what the experiment looks like from the inside.
Live feed to three large gamma-ray telescopes on the highest mountain on La Palma: How do these telescopes work and what can astrophysicists see with them?