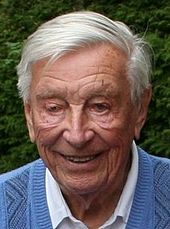 The death of Prof. Dr. Heinz Billing on 4 January 2017 marks the passing of an emeritus scientist of the former Max Planck Institute for Physics and Astrophysics. Prof. Billing was well known for his groundbreaking efforts in the development of computer technologies and his early work in the 1940s on the first computing devices. Thanks to his pioneering achievements, electronic computing methods also became a mainstay in astrophysics. In 1961 Billing was appointed Scientific Member at the MPI for Physics and Astrophysics, where he was active at the Department for Astrophysics in Garching.

In addition, Billing played a trailblazing role in the detection of gravitational waves, which were able to be measured for the first time in September 2015 as part of the LIGO experiment. Heinz Billing lived to the age 102. The Max Planck Institute for Physics will hold his memory in the highest esteem.