On November 24th CERN launched its Open Data Portal where data from real collision events, produced by experiments at the Large Hadron Collider (LHC) will for the first time be made openly available to all. It is expected that these data will be of high value for the research community, and also be used for education purposes. 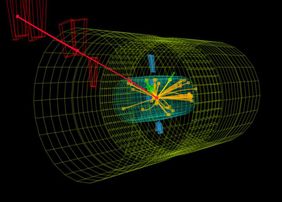 The principle of openness is enshrined in CERN’s founding Convention, and all LHC publications have been published Open Access, free for all to read and re-use. The first high-level and analysable collision data openly released come from the CMS experiment and were originally collected in 2010 during the first LHC run. “This is all new and we are curious to see how the data will be re-used,” says CMS data preservation coordinator Kati Lassila-Perini.