A change is announced in the CRESST scientific research group (Cryogenic Rare Event Search with Superconducting Thermometers) searching for dark matter. Federica Petricca, a scientist at the Max Planck Institute for Physics since 2005, succeeds Franz Pröbst. The longstanding head of the group recently retired. 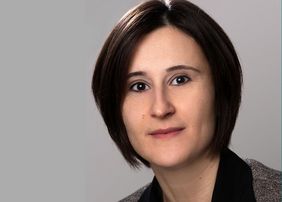 Petricca is well qualified for her new position. She has been spokesperson since 2014, coordinating the scientific activities of the CRESST research collaboration, which involves six European research institutions. The CRESST group at the MPP currently has 12 members.

Petricca obtained her doctorate at the LMU München with her thesis on “Dark Matter Search with Cryogenic Phonon-Light Detectors”. Before this, she studied physics at the renowned Università degli studi di Milano.

The CRESST experiment is located in the LNGS (Laboratori Nazionali del Gran Sasso ) underground laboratory in Italy, where the detectors are largely screened from underground. The experiment has been equipped with new detectors in recent years. These make it possible to detect very light particles of dark matter.

The current measurement phase started in September 2016, with the CRESST scientists expecting their first data in summer 2017.