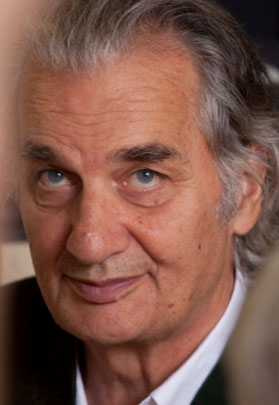 Gerhard Lutz was a guiding intellectual force and pioneer in many areas of high-energy physics. He is considered to be one of the most important pioneers in the development of semiconductor detectors: It was his ideas, his creativity and his commitment which laid the foundation stone for modern technologies which are taken for granted nowadays in all large physics experiments – for example strip counters, silicon drift detectors and pixel detectors.

At the end of the 1970s, Gerhard Lutz together with Josef Kemmer and Robert Klanner developed the first silicon strip counters (NA11/NA32), which were used in particle physics. These instruments were a technological breakthrough; many important scientific findings would have been impossible without them.

In later years, he played a crucial role in the development of the ALEPH vertex detector. This instrument was a sensation in its time: On the one hand because of the double-sided strip detectors, and on the other because of the CMAS read-out chips (CAMEX64), which were used here for the first time. This work also formed the basis for further innovative development steps, and led on to the pixel and strip detectors which are still used today in the ATLAS experiment at the LHC.

A further technology to which Gerhard Lutz made significant contributions as its co-inventor is the DEPFET, a sensor with integrated signal amplifier. DEPFET is used in the innermost detector of the future Belle II experiment at the KEK in Japan. The sensor is the key component for the high-precision measurements at the collision point – crucial for the information value of the particle decays observed.

The detector concepts proposed and developed by Gerhard Lutz were characterized by a high degree of innovation, his solutions were extremely elegant and far ahead of the existing state-of-the-art technologies. Gerhard Lutz was one of the founding fathers and movers of the HLL, which made crucial contributions to many scientific successes in particle physics and astrophysics.

His book titled Semiconductor Radiation Detectors is one of the standard works of detector literature. In 2011, Gerhard Lutz was honored with the TNPSS Radiation Instrumentation Outstanding Achievement Award of the IEEE. It is regrettable that we did not receive the news that he is to be awarded this year’s High Energy and Particle Physics Prize of the European Physical Society until after he had died.

We will not only miss Gerhard Lutz the physicist, his ideas, his advice, and his calm nature. We have lost a humorous and warmhearted person, whose character made him an example to many young people.

Dr. Jelena Ninkovic, Head of the Semiconductor Laboratory of the Max Planck Society