Theoretical physicist Giulia Zanderighi is joining the Max Planck Institute for Physics (MPP) as new Director. The 43-year-old scientist was most recently a Professor at the University of Oxford and carried out research in the theoretical department at CERN. Her area of expertise is collider phenomenology, i.e. the mathematical description of elementary particles and their interactions. Giulia Zanderighi will take up her new post on 1 January 2019; she started discharging her duties as Director part-time on 1 August 2018. 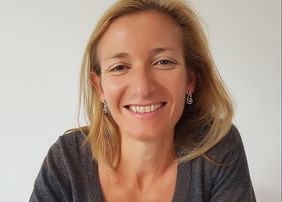 Newly appointed Director Giulia Zanderighi is an internationally recognized expert in the field of collider phenomenology. This theoretical discipline investigates elementary particles and their fundamental interactions. Mathematical models and calculations play a central role in particle physics: the greater the precision with which theoretical physicists calculate the behaviour of elementary particles, the more information can be deduced from the data obtainable in accelerator experiments, for example.

Before being appointed to the Max Planck Institute for Physics, Giulia Zanderighi was a Professor at the renowned Rudolf Peierls Centre for Theoretical Physics and a Tutorial Fellow at Oxford University’s Wadham College. Originally from Italy, the scientist obtained her doctorate at the Università degli Studi in Pavia before continuing her academic career at the Institute for Particle Physics Phenomenology in Durham (UK), Fermilab in Batavia (USA) and CERN.

Giulia Zanderighi works on theoretical predictions of particle collisions in the Large Hadron Collider (LHC) at CERN. The scientist has earned a reputation in this field for highly precise calculations telling scientists what results to expect in particle collisions, e.g. in the decay of the Higgs boson.

“Only when we have an exact idea, which particles form, how frequent they are and what energies they have, we can see deviations in the experimental results”, Giulia Zanderighi says. “These may be a hint for new physics.” The models and codes the scientist developed have helped experimental physicists elicit valuable information from the ATLAS and CMS detectors. “

Phenomenology and high-precision calculations will have an even more important role to play in the future. In a few years, the LHC will be upgraded to a high-luminosity collider. “This means more particle collisions and therefore greater probability of discovering new physics in the data – i.e. phenomena that cannot be explained with the current Standard Model of particle physics,” explains Giulia Zanderighi.

The scientist has received several awards for her outstanding work. In 2012 she won the Bessel Research Award, and in 2013 she received an ERC Consolidator Grant endowed with EUR 1.5 million – one of the European Union's most important funding awards.

The Director leads the Department of "Novel Computational Techniques in Particle Phenomenology” at the Max Planck Institute for Physics, where she will co-operate with Siegfried Bethke, Director of Experimental High-Energy Physics, in connection with the ATLAS detector. “I’m also looking forward to working with Johannes Henn, who was also appointed just recently and who focuses intensively on methods of quantum field theory,” adds Zanderighi.