The Max Planck Institute for Physics mourns the loss of Dr. Denis Salihagic, who died at the age of 53 after a long illness. He had worked as a research assistant on the ATLAS project as well as in the IT Department since 1999. 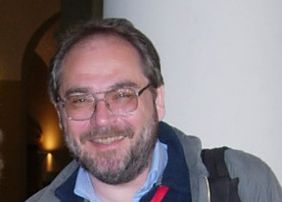 As a member of the ATLAS Group, Denis Salihagic worked tirelessly and with great commitment on the development and design of the hadronic end-cap calorimeter. He was crucially involved in the module tests at CERN. His duties also included simulations and calibration of the calorimeter system. With his ATLAS data analysis, he recently made a major contribution to determining the mass of the top quark.

His outstanding skills in electronic data processing enabled him to assume important functions in the IT Department at the MPI for Physics. Although he repeatedly suffered from serious illnesses since 2011, he shaped and supervised his area of responsibility with great dedication. As he himself pointed out, it was his work on calorimetry and data analysis that continuously gave him the strength to fight against his ailment. He has now lost this fight.

As his colleagues, we will painfully miss his skills, his ideas and his patient and friendly nature.