It is a unique opportunity for high school students: during International Masterclasses they can hunt for evidence of particles in authentic data from experiments in the Large Hadron Collider (LHC), the most advanced and most energetic particle accelerator in the world, located at CERN, near Geneva, Switzerland. Each year in the spring, research institutes and universities around the world open their doors and invite students for a day-long visit in which they become “particle physicists for a day”. The International Masterclasses this year are organized from March 12 to April 12 under the auspices of the International Particle Physics Outreach Group (IPPOG) and will attract more than 10.000 students from 40 countries worldwide. 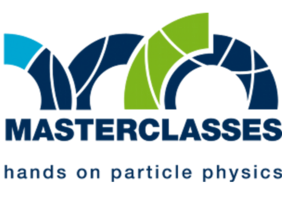 Particle physics is one of the rapidly emerging fields of science. The discovery of the Higgs boson at the LHC in summer 2012 led to a huge media echo and large public interest. International Masterclasses meet this interest by offering high school students the chance to explore this field of cutting-edge physics: They actually work with the same data as the physicists from the experiments at the LHC. The main idea of this annual program, which holds its 10th anniversary this year, is to let students work as much as possible like real scientists.

The Max Planck Institute for Physics, the Ludwig-Maximilians-Universität and the Excellence Cluster Universe at Technical University Munich are together participating in the program on 2nd and 3rd April. They have invited 65 students from the area. Prof. Allen Caldwell, director at the Max Planck Institute for Physics, is looking forward to the event: “The students love the program. They can work with real data from the LHC and find it both challenging and rewarding.”

Four experiments - ATLAS, CMS, ALICE, and LHCb - have made data available for educational use within the program. “Students can work on real data from the LHC,” says Michael Kobel, “and examine the products of collisions of elementary particles traveling at close to the speed of light, racing through the 27-kilometer-circumference accelerator.” A wide range of tasks is available. For example, students can rediscover the Z boson or the structure of the proton, they can reconstruct “strange particles” or measure the lifetime of the D0 particle. One of the highlights is the hunt for the Higgs boson. ATLAS and CMS have made available real Higgs candidate events, where students can track this rare, elusive, and very short lived particle. In this way they can understand how a scientific discovery can be made.

Scientists at about 200 universities and laboratories in 40 countries worldwide host International Masterclasses at their home institutions. New participants in the program come from Chile, Jamaica, Ecuador, and Mexico. The worldwide participation reflects the international collaboration in particle physics. Students can experience this aspect in a video conference concluding their research day. In a video linkup with student groups in other countries and CERN or Fermilab (Batavia, Illinois, U.S.) participants present their findings - just like actual particle physicists do in international collaborations. Thus they are allowed to gain insight into the organization of modern research in an authentic environment.

International Masterclasses are led by Technical University Dresden and QuarkNet, in close cooperation with the International Particle Physics Outreach Group (IPPOG). IPPOG is a network of scientists, informal science educators and communication specialists working across the globe in informal science education and outreach for particle physics. IPPOG currently includes representatives from member states of CERN plus Ireland, Romania, and the USA; few more countries are accessing; representatives from five major experiments at CERN's Large Hadron Collider (LHC); and representatives from CERN and the German research centre DESY. The group’s goal is to make particle physics more accessible to the public. QuarkNet is a United States teacher professional development program supported by the National Science Foundation and the U.S. Department of Energy.