The Max Planck Institute for Physics (MPP) welcomes Babette Döbrich, who has begun research at the institute on November 1. She prevailed in the challenging application process of the Lise-Meitner Excellence Program and will immediately head an experimental research group at MPP that focuses on the search for light dark matter candidates. The scientist is involved in the NA62 research project (CERN) and in the planning of a new axion experiment at DESY. 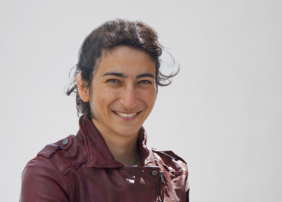 What is dark matter made of? This mystery has not yet been solved, although numerous experiments are searching for dark matter particles. Babette Döbrich is working on ultralight candidates for this invisible form of matter, which are postulated in various theoretical models.

In focus: the axion

With her research group at MPP, the scientist is working on the setup of a new experiment currently being established at DESY. BabyIAXO is specifically looking for axions, which are created in the sun and should be permanently raining down on us. The project is also a precursor and test for an even larger axion experiment called IAXO. The project forms an interesting complement to MADMAX, an MPP-initiated axion experiment that is also coming to DESY.

In addition, Babette Döbrich is researching very rare decays of K mesons - pairs of a quark and an antiquark. This could produce axion-like particles and dark photons (light particles) that also qualify as dark matter candidates. For this purpose, the NA62 experiment also analyzes data from the so-called beam-dumps of the SPS accelerator ring at CERN.

Babette Döbrich studied physics in Heidelberg. For her doctorate, the researcher moved to the Institute for Theoretical Physics in Jena. She then spent several years as a researcher at the NA 62 experiment at CERN and at the ALPS II experiment at DESY.

Babette Döbrich obtained her position as group leader at the MPP through the Max Planck Society's Lise Meitner Excellence Program, which offers young female scientists long-term career prospects. It is named after the congenial research partner of chemist Otto Hahn. Since the start of this measure in 2018, 700 female scientists have applied. Babette Döbrich is one of 30 candidates who received a call to a Max Planck Institute.

"I am very excited to further develop my projects in a new environment," says Babette Döbrich. "With its move to the Garching campus in 2023, the MPP is settling in a hot-spot of modern physics with tremendous diversity and breadth - an extremely vibrant and inspiring research environment.