Mirjam Cvetič, a world acclaimed particle physicist, has been awarded the Carl Friedrich von Siemens Research Award of the Alexander von Humboldt Foundation, which is worth 60,000 euros. She is Fay R. and Eugene L. Langberg Professor of Physics at the University of Pennsylvania in Philadelphia. She will spend her research period in Germany, which is linked to the award, at the Max Planck Institute for Physics, and at the Ludwig Maximilians University (LMU). 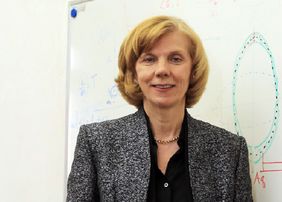 Mirjam Cvetič was nominated for the Humboldt Prize by Dieter Lüst, Director at the Max Planck Institute for Physics and Professor of String Theory and Mathematical Physics at the LMU. In the words of Professor Lüst: “We congratulate our colleague on being awarded this highly regarded prize, and we look forward to the joint research projects that we will conduct with her in the Munich working groups.”