This year's lecture in the series "Science and Society" revolves around a topic that has gained enormous importance in the past pandemic years: the loss of trust in science. More and more people are sceptical or dismissive of research results - or interpret them freely according to their own ideas. 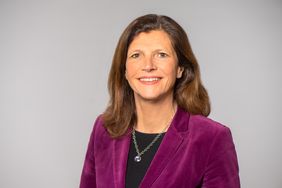 What responsibility do science and the media have in this development? How do we have to communicate in order to win back trust? These questions are the focus of Dr Jeanne Rubner's talk "Earning the public’s trust - How to better communicate science" at the Max Planck Institute for Physics on 25 May 2022.

For several years, she has also given lectures on science communication at the Munich School of Public Policy. Until 2012, she worked as an editor at the Süddeutsche Zeitung. Since 2019, she has been a member of the Board of Trustees of the Max Planck Institute for Physics (MPP).

The lecture series "Science and Society" has been held at the MPP in loose succession since 2015. With these events, the institute remembers its former director emeritus Professor Hans-Peter Dürr, who died in 2014. Especially in the later years of his scientific career, the theoretical particle physicist focused on peace and environmental issues.

His outstanding commitment to these socio-political issues earned Dürr numerous awards, including the Right Livelihood Award in 1987.

Science and Society: Earning the public’s trust - How to better communicate science
When: May 25, 2022, 17:30
Where: Lecture Hall at the Max Planck Institute for Physics

The talk will be held in English.

If you want to register for this talk, please turn
to presse@mpp.mpg.de.