The Max-Planck-Institute of Physics (MPP) welcomes Prof. Dr. Marumi Kado, previously full professor at the University “La Sapienza” in Rome, as the new director of the department for experiments at high-energy particle colliders. He initially took up his new position in a part-time capacity and is now moving fully to the institute in Munich. 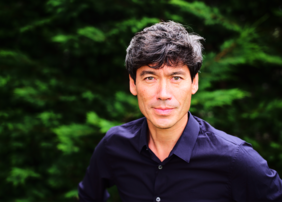 Marumi Kado is deputy spokesperson of the ATLAS experiment and a renowned expert in the field of particle physics with accelerators and research on the Higgs boson. At CERN – home of the Large Hadron Collider (LHC) - he has held various positions in recent years as, for example, Physics Coordinator for the ATLAS experiment from 2014 to 2016.

“I am looking forward to join an institute that is one of the pioneers of the Large Hadron Collider, that has developed key components for the ATLAS detector and that makes significant contributions in data analysis”, says Marumi Kado. “The ATLAS group at the MPP is also playing a major role in the ATLAS upgrade program. With these upgrades, it will then be critical that the group actively participates in further developing the longer-term physics program of the LHC and beyond. Higgs physics of course will always be close to my heart.”

Before Marumi Kado was appointed to Max Planck, he researched and taught in the Department of Physics at La Sapienza University in Rome. He held a visiting professorship at the Weizmann Institute of Science in Israel and several positions at CERN as Project and Scientific Associate. Since 2003, he has been a member of the Centre National de la Recherche Scientifique (CNRS), the national institute for fundamental research in France.

After receiving his PhD from Pierre et Marie Curie University, Paris VI, he first worked as a CERN Fellow in the ALEPH and CMS research collaborations at CERN. This was followed by a research stay at the Lawrence Berkeley National Laboratory (LBNL) in California, USA, where he conducted research in the D0 collaboration. D0 was an experiment at the Tevatron Collider at Fermilab (Illinois, USA) that investigated the fundamental structure of matter.

"I am very pleased that with Professor Kado we have been able to attract an outstanding scientist in the field of experimental particle physics as a new director”, says Dieter Lüst, Managing Director of the MPP. “Marumi Kado will continue the research of the Higgs characteristics within the ATLAS project and lead our institute into an exciting scientific future with new ideas and projects."