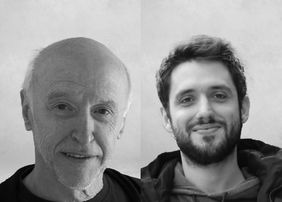 In recognition of his outstanding achievements in research and teaching, Paolo Nason from the University of Milan receives the Carl Friedrich von Siemens Research Award. Nason made pioneering contributions to theoretical collider physics. His research led to calculations with unprecedented precision for event rates and distributions of scattering processes measured at the LHC. Some of his older publications became standard references and his more recent work continues to push the state-of-the-art in the field.

At the MPP, he collaborates with Director Giulia Zanderighi. Nason and Zanderighi recently showed that the protons in the LHC proton beams have a non-negligible lepton content and computed this content accurately. This opens up several future research directions, which they will pursue and deepen in their co-operation.

Postdoctoral researcher Niccolò Cribiori has been awarded a Humboldt Research Fellowship for a two-year research stay at the MPP. He received his PhD from the University of Padova in 2018 and then took up a postdoctoral position at the Vienna University of Technology.

Cribiori is working on various topics in string theory. Among them is the so-called Swampland program whose aim is to extract a set of relatively simple rules that low-energy effective field theories should satisfy in order to admit an embedding into a theory of quantum gravity. At the MPP, Cribiori is working with the string theorist Ralph Blumenhagen on refining and testing the swampland program.

"With the two Alexander von Humboldt Fellows, we welcome a promising young and an experienced scientist to the MPP," says Giulia Zanderighi. "We look forward to a fruitful collaboration and hope to see interesting developments in the two research areas."